Delivery costs and discount codes are added at checkout

Welcome to the home of Botham's of Whitby Hampers, the Whitby Lemon Bun & Chocolate Japs! Family baking since 1865. 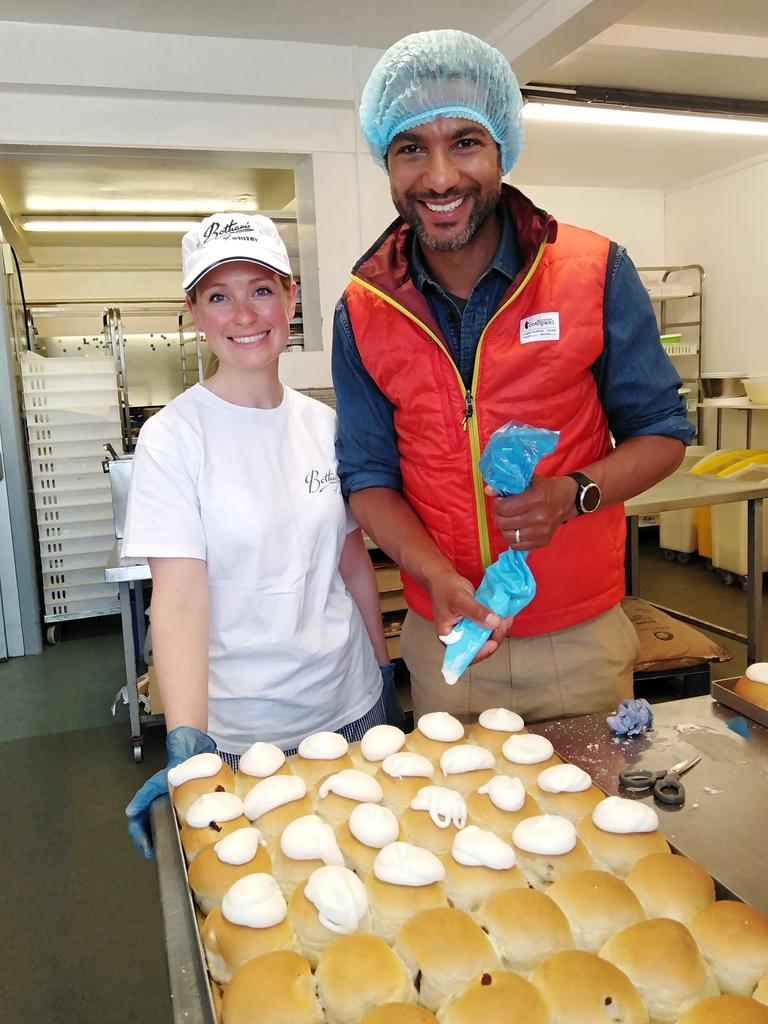 We were delighted to welcome BBC Countryfile presenter Sean Fletcher and film crew into our Skinner Street bakehouse last month to film Whitby Lemon Buns for their coastal special. From kneading and baking to icing and eating, Sean rolled up his sleeves and took an active role in each step of the making progress, all under the watchful eyes of the family bakers, of course!

The 'At the Seaside' episode aired on BBC One, Sunday 19 June, 7pm. It is available to watch on demand, but first let's see how Sean got on... 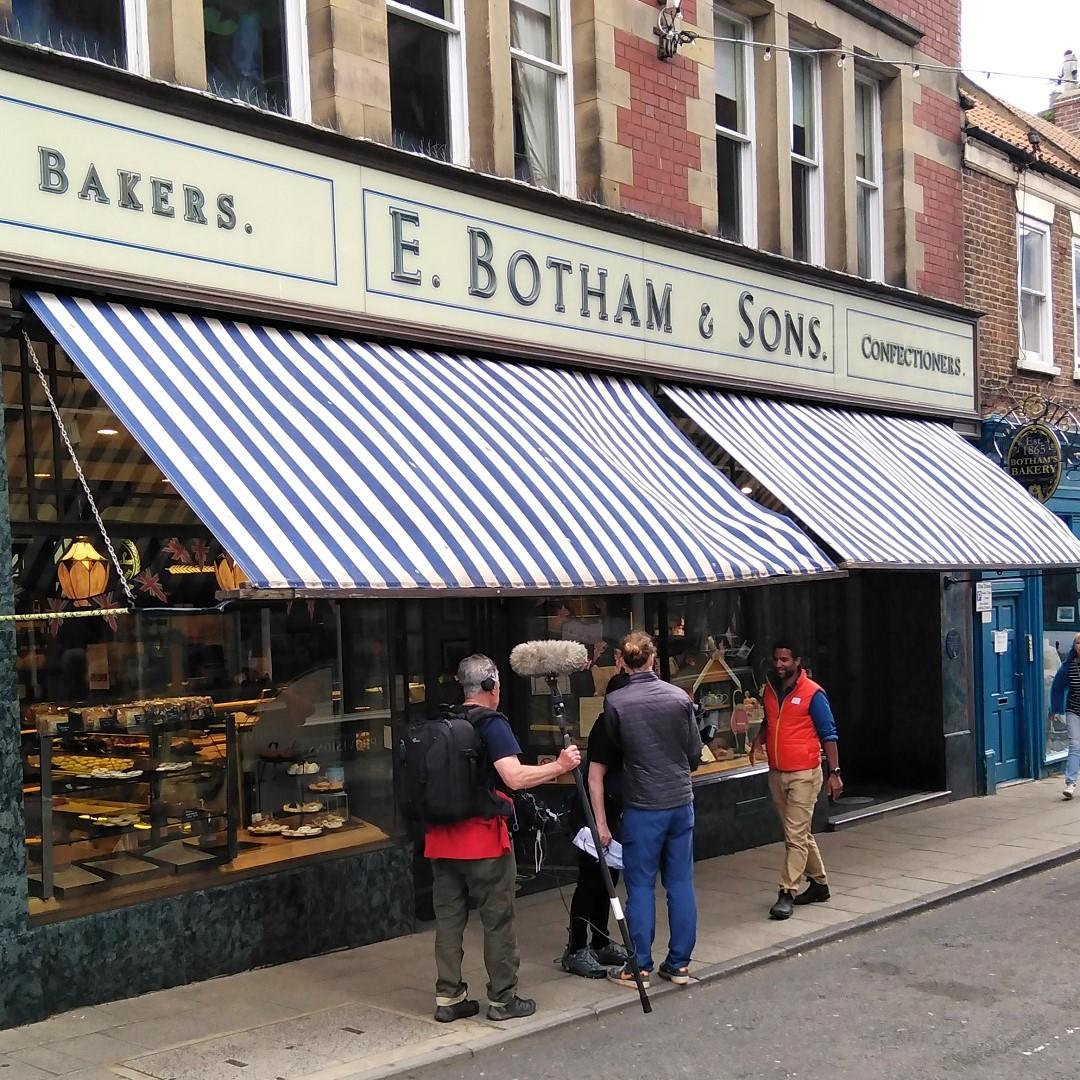 Jonathan Botham, Elizabeth Botham’s great-grandson said: “It was our absolute pleasure to welcome Sean and the BBC Countryfile film crew into our Skinner Street bakehouse. Sean was very enthusiastic and loved making and eating Whitby Lemon Buns – he sampled several just to make sure!" 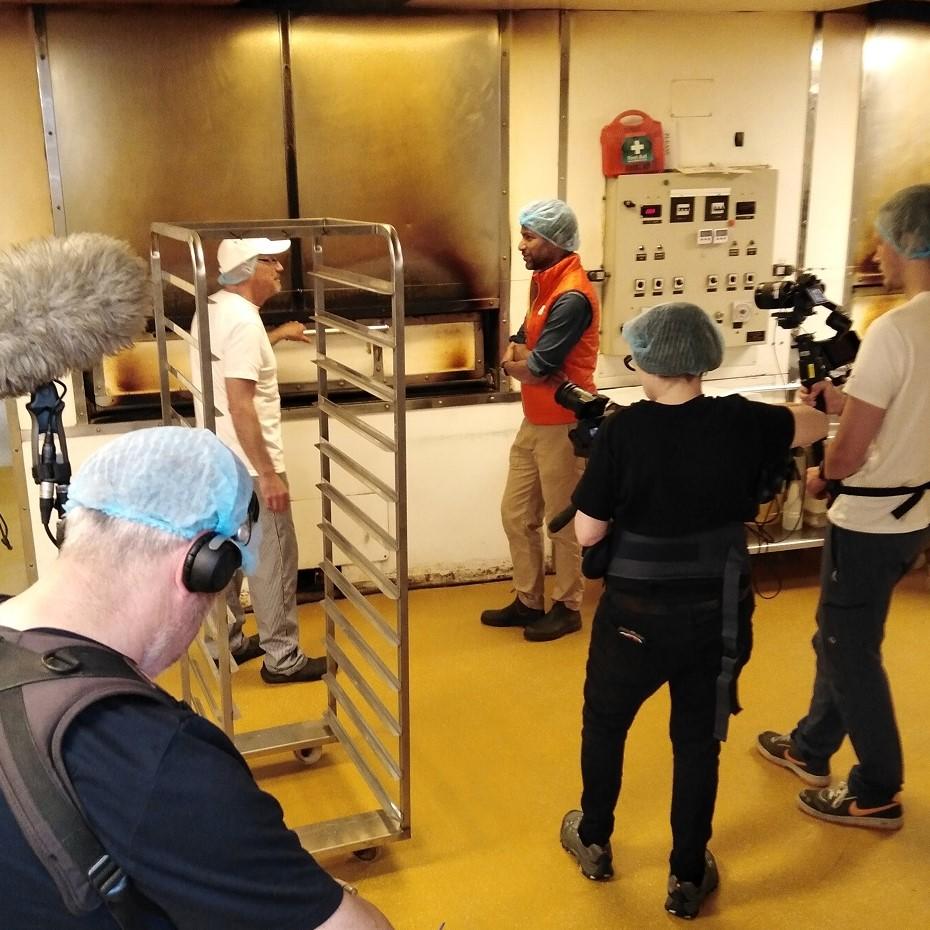 Jo continues: "We chatted about Sean’s sourdough starter which he cultures at home and I gave him some tips, and he was also very keen to perfect his kneading technique as we prepared the Lemon Bun dough. Sean, and the entire crew, were very interested in Botham’s; the history, the products, the baking progresses, and they certainly enjoyed sampling our bakes!” 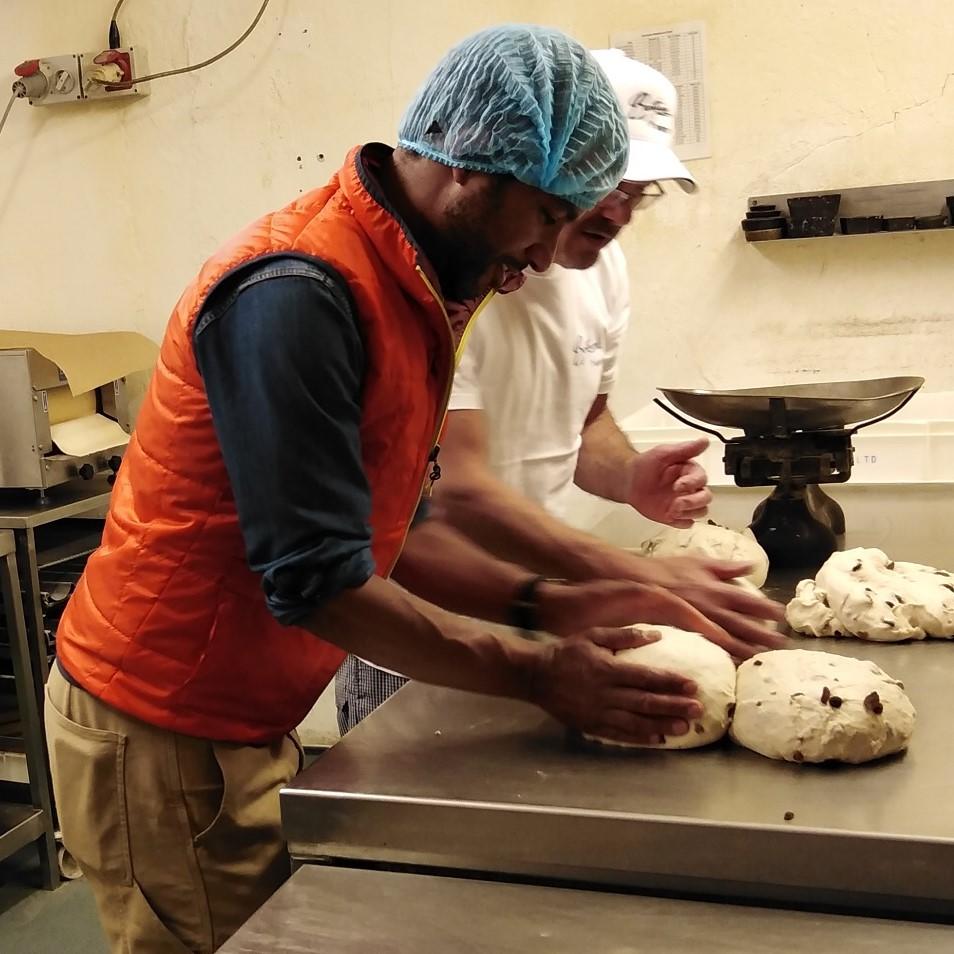 With mixing, kneading and baking complete, Sean then heads to the Finishing Room, with its iconic view of Whitby Abbey, to get his hands on an icing bag. But can he perfect the flick required for icing batches of Whitby Lemon Buns at speed? 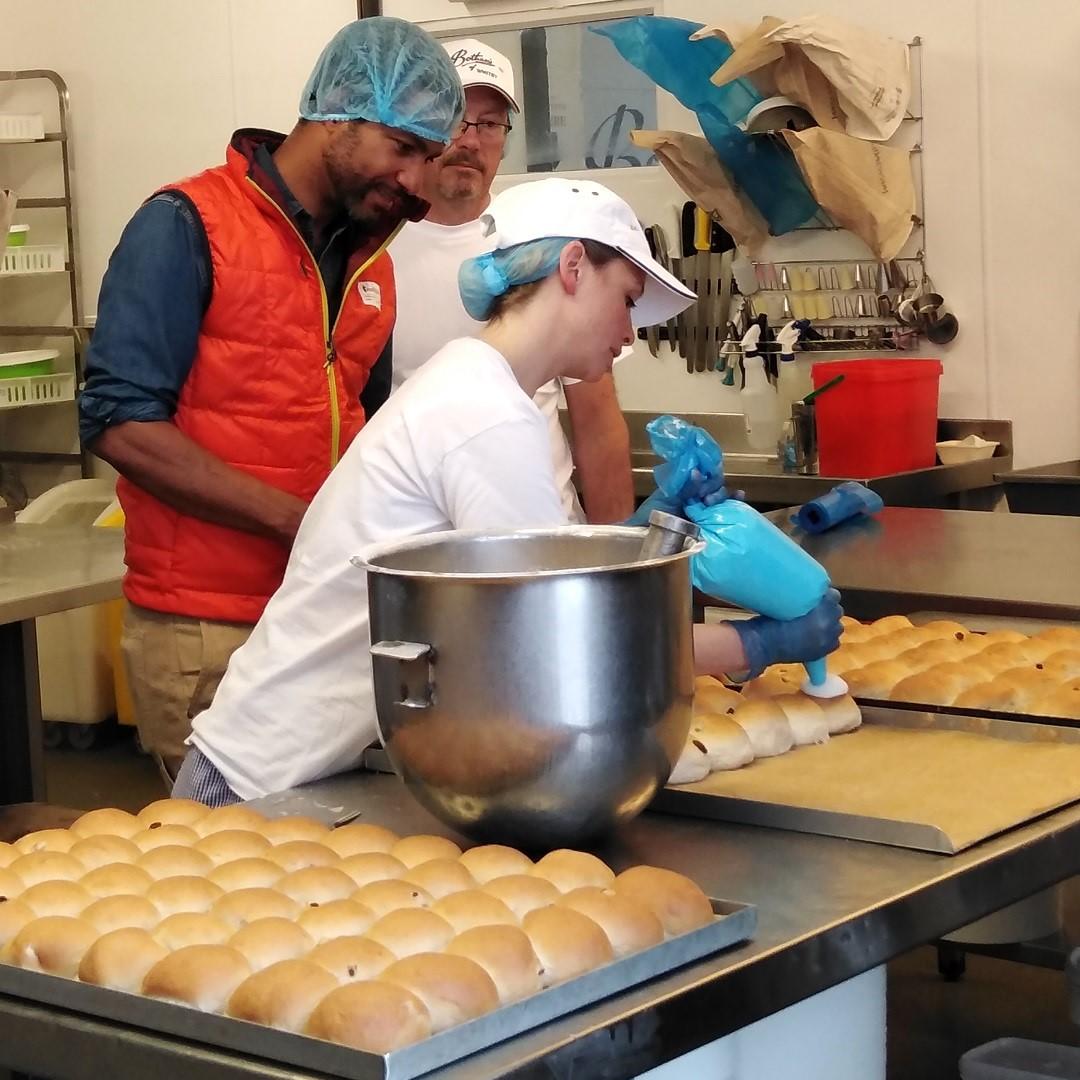 Lois Borrett, Elizabeth Botham’s great-great-granddaughter, who ices the famous buns each morning, said: “Considering it was his first attempt, Sean was a natural with the piping bag and, towards the end, he was piping them (almost!) to our high standards. We would hire you, Sean!” 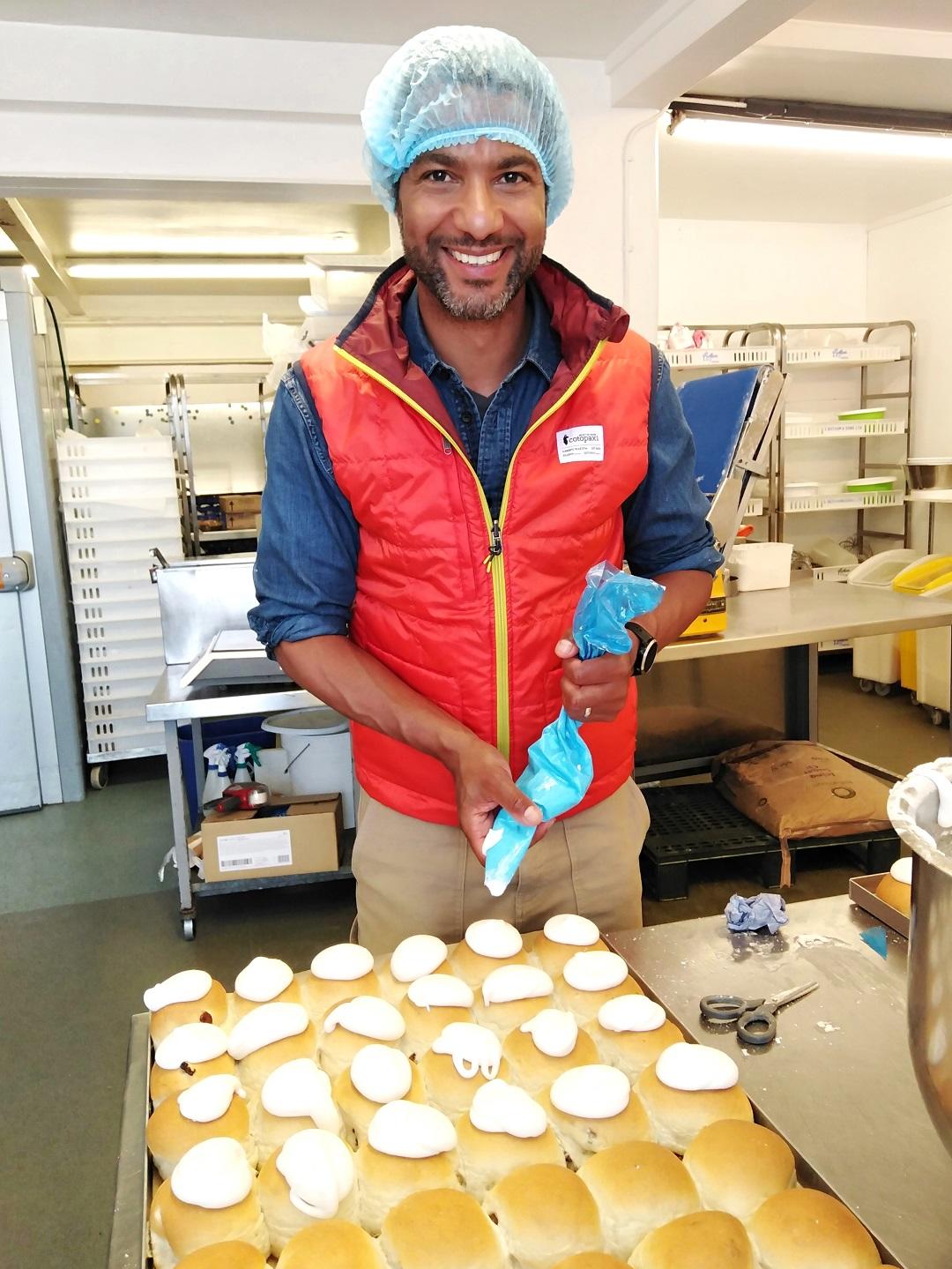 Out of the bakehouse and onto a bench on Whitby’s West Cliff, where many a tourist enjoys a Whitby Lemon Bun with a magnificent view of the North Sea. Here, Lois, Sean and Jo discuss the best way of eating a Whitby Lemon Bun, before Jo demonstrates the 'Whitby way' which involves tearing the bun in half and turning the icing inside to make a Lemon Bun sandwich. On board with the Whitby way, Sean concludes on the programme: “A Whitby Lemon Bun is just the ticket!” 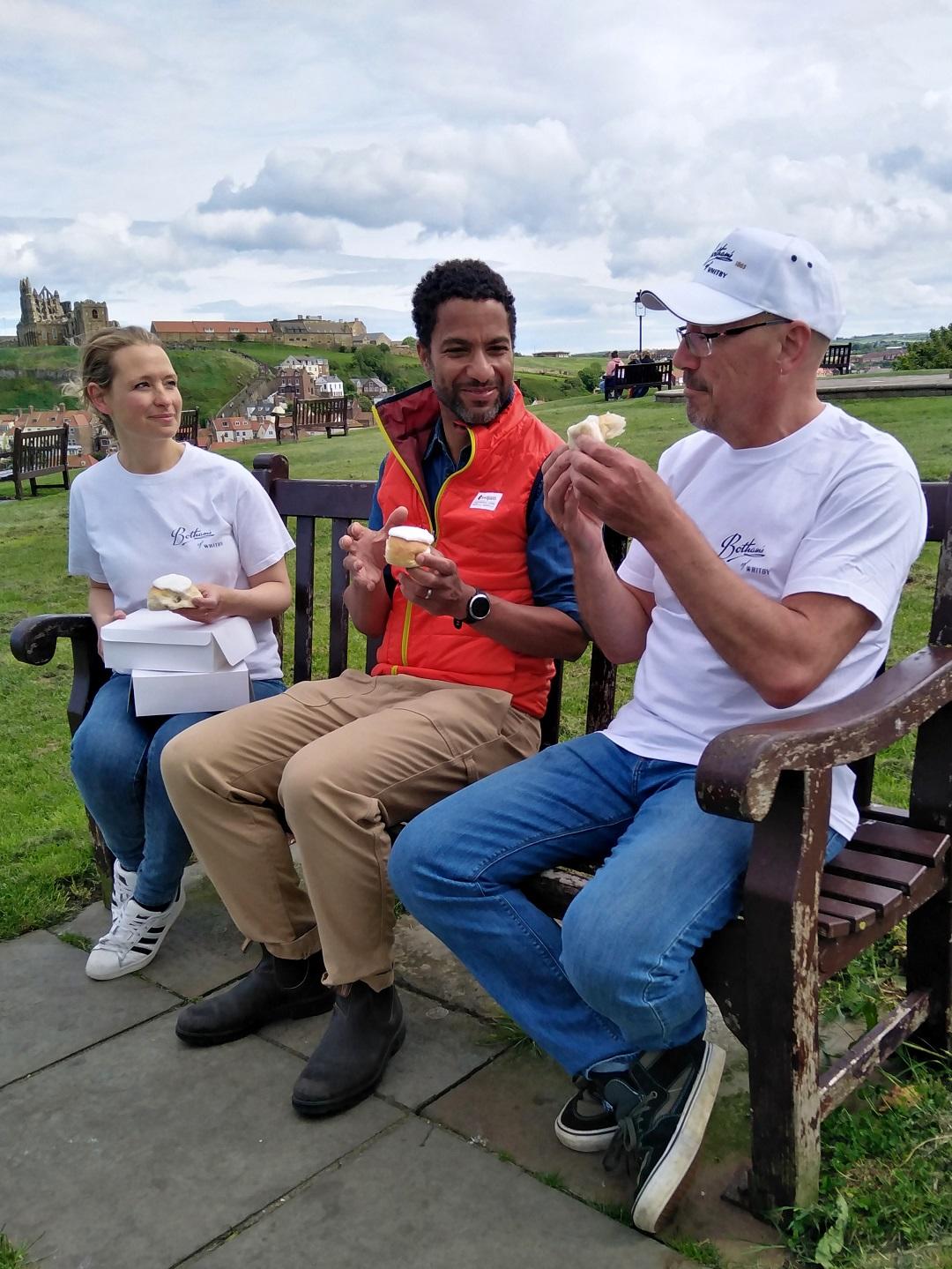 We thoroughly enjoyed our time filming with BBC One Countryfile and meeting Sean Fletcher, who is just as nice off screen as he is on. The seaside episode captured our magnificent coastline beautifully - it's definitely worth a watch, but please do note that it WILL make you hungry! We wanted to take the time to express our gratitude for each and every order placed, which helps us to keep baking in glorious Whitby!

From
The Botham Family x 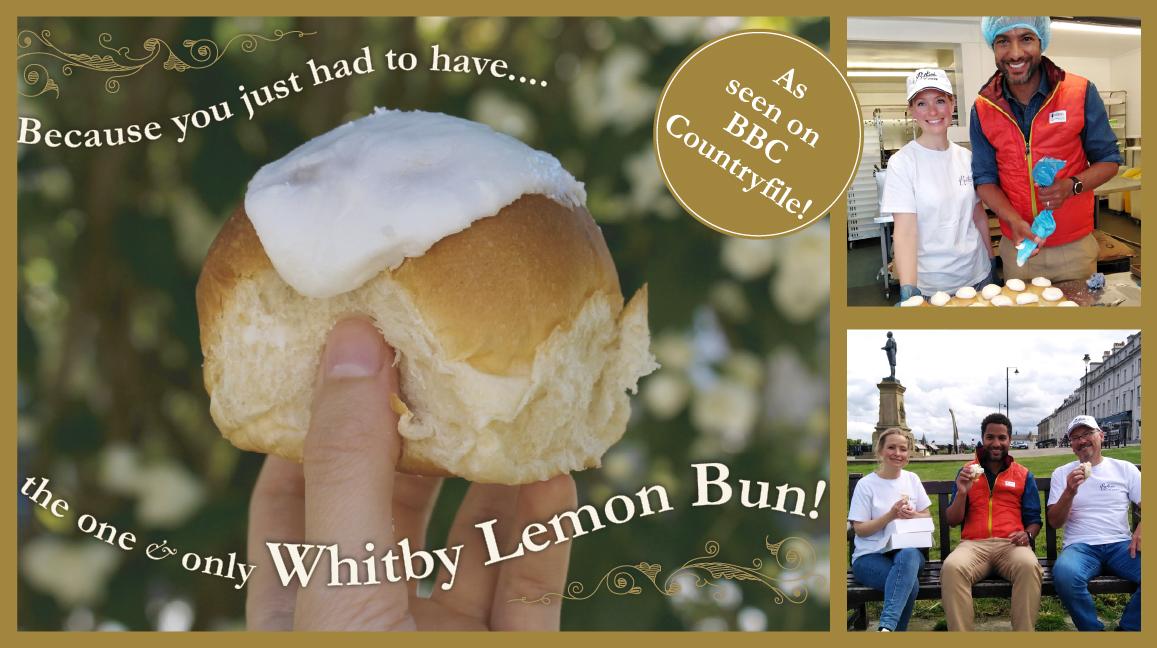 Keep in touch with the latest news, product releases and special offers by
signing up to receive our newsletters

We'll only use your email address to send you our newsletter 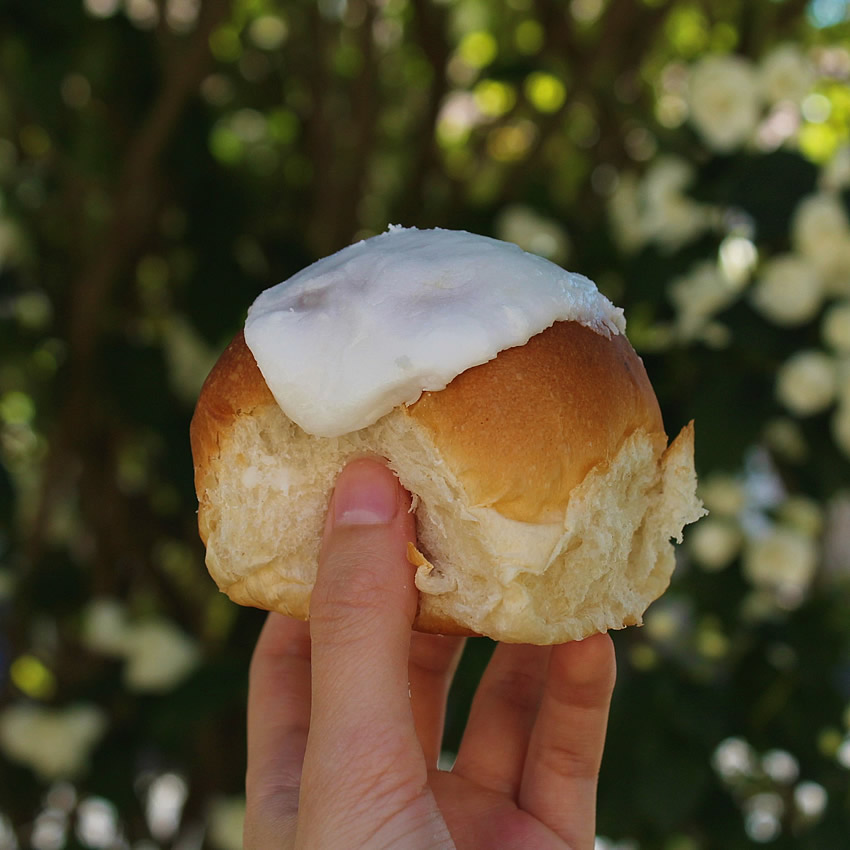